THE OSTRICH (STRUTHIO CAMELUS)
is the world’s largest living bird belonging to the small order of birds known as Ratitae, or running birds. These birds are true dinosaurs ‒ fossils and ostrich skeletons have been discovered, dating back to over 10 million years ago.

Other Ratites include the Emu (Australia), the Cassowary (Australia), the Rea (South America) and the Kiwi (New Zealand). Only the Struthio camelus domesticus (the African Black) is found domesticated. All these birds originate in the southern hemisphere, and only in the case of the ostrich have they spread northwards throughout Africa. Long ago ostriches also occurred in the Arabian desert and Persia (Iran), but are now extinct there.

This family of “running birds” differs from all other bird families in that they do not use their wings for flight or movement through water. The ostrich is the only living bird with two toes (flying birds have four toes). The larger of these toes supports the weight of the bird, which presumably results in as little contact with the ground as possible, thus ensuring great speed. The ostrich is known as the fastest creature on two legs, with a fully grown bird capable of reaching speeds of up to 60 km per hour, which can be maintained for 10 to 20 minutes. The mature ostrich averages 2 to 3 metres in height (to the top of its head) and weighs up to 50 kilograms. Ostriches have a life-span of 30 to 70 years. Recorded evidence exists that an ostrich, aptly named Methuselah, in the town of Oudtshoorn, South Africa, lived to the ripe old age of 81 years! 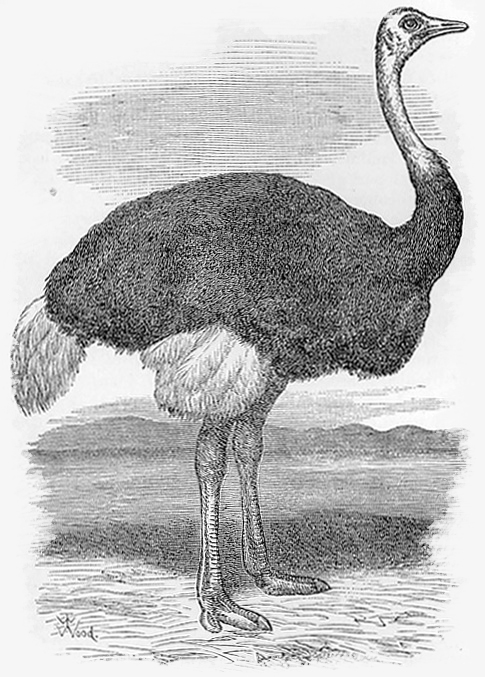 The Ostrich in antiquity

As one would expect of the world’s largest and strongest bird, the ostrich trails a colourful and fascinating history reaching right back to antiquity. Ostriches are sometimes referred to as “fallen angels”. This term originates from those who maintain these primitive running birds are degenerates who have lost the art of flying by using their legs rather than their wings. The ostrich has played a significant parts throughout ancient history that is evident by the frequency with which it stalks through the pages of Bible scriptures and man’s earliest recorded stories. The ostrich also appears in many ancient Egyptian tomb and rock carvings.

Early Greek and Roman writers and naturalists left us numerous records of these birds whose feathers were used for adornment and ceremonial occasions. The early Egyptians prized the ostrich feather as a symbol of justice, as it is the only feather with barbs of equal length on either side of the central quill. Hundreds of years before Christ, warriors sported ostrich plumes in their helmets, as noted in ancient Greek and Roman writings.

The Origin Of The Industry

It was the Victorian Age that firmly set the future of ostrich farming because feathers were established then as essential fashion items for hats, fans and cloaks. It would therefore not be wrong to say that it is due to fashion that the ostrich industry began.

Large flocks of ostriches have roamed the plains of the the southern-most tip of South Africa, the South Western Cape, since the beginning of time. Still today it is here where the majority of ostrich activity is concentrated.

In South Africa, the true home of the ostrich, travellers first made mention of these magnificent birds as long ago as 1775. Many farmers in the Cape Province kept tame ostriches, while commercial ostrich feather farming in the Klein-Karoo valley began around 1826. This beautiful area nestles between the scenic Outeniqua and Swartberg mountain ranges in the Southern Cape. The dry, semi-desert climate provides the ideal environment and conditions for ostriches to thrive. Hence this is where the heart of the ostrich industry lies.

It was in 1838 that South Africa started exporting feathers to Europe. Due to this serendipitous whim of fashion the numbers of wild ostriches decreased dramatically. Efforts were made to tame and breed ostriches from around 1850 onwards, although ostrich feather farming only developed as an organised undertaking from about 1863 once wire fencing and lucerne farming had been introduced.

From 1870 ostrich farming became an extremely profitable industry, aided in no small way by the ingenious invention of an ostrich egg incubator in 1869. Other markets developed and in 1910 the Californian ostrich breeders showed their mettle as worthy feather competitors.

South African breeders realised they might lose their prized place in the world market unless they could produce a feather of superior quality. Cross-breeding was thought to be the way to a better feather and with this in mind, a special expedition was sent from South Africa to North Africa to re-capture a very specific type of bird that had been used in earlier cross-breeding attempts.

After many hardships a number of these “Barbary” ostriches were eventually found north of Timbuktu and covertly shipped to South Africa. By means of closely monitored cross-breeding, the highly successful “Evans” type of plume evolved. It became famous world-wide for its density, sheen, strength and curl.

From Wealth To Poverty! 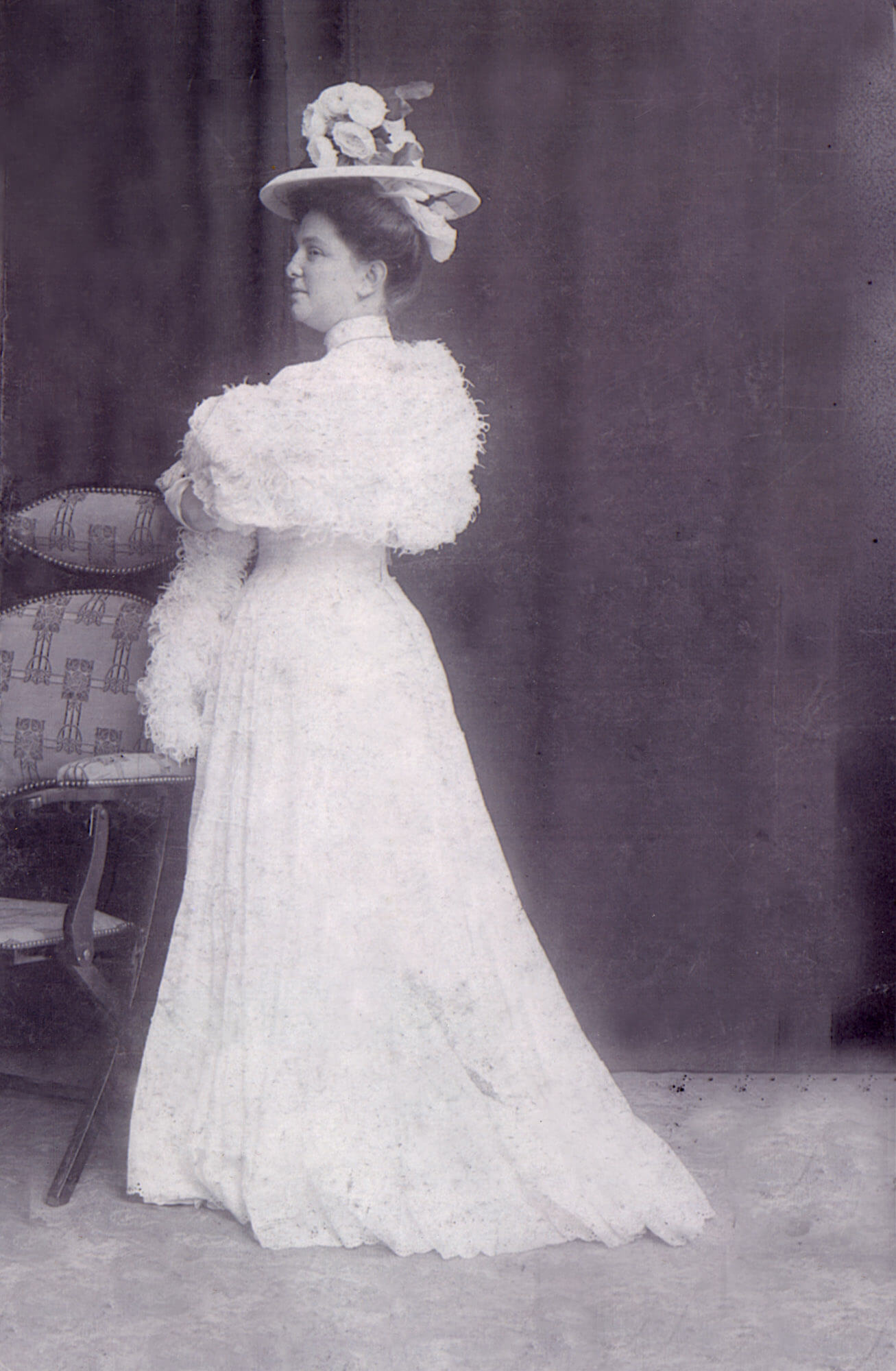 Between 1900 and 1914 the industry reached its zenith in what was known as the second ostrich feather boom. It was a time of unparalleled wealth for both farmer and merchant.

In 1913 ostrich plumes (feathers) ranked fourth on the list of South African exports after gold, diamonds and wool.

In 1914, with close to a million ostriches in South Africa, the industry collapsed virtually overnight and bankruptcies became the order of the day.

Primary causes of this feather market slump were:

It can truly be said that the South African farming community would have been much poorer without the ostrich, as this rebirth benefitted all. Some highlights include: 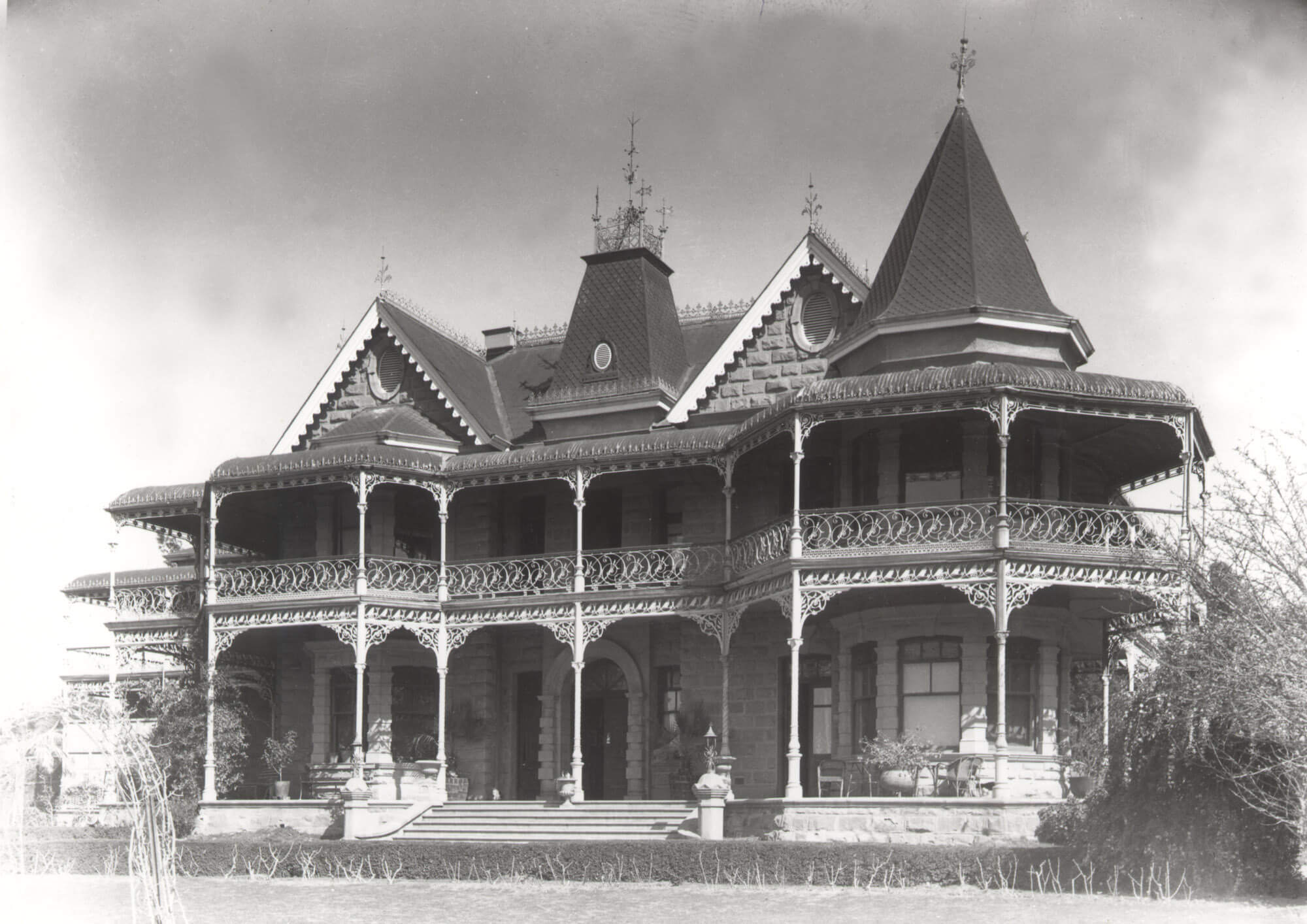 TO REGULATE THE OSTRICH INDUSTRY a single channel marketing system for all ostrich products was promulgated by law in 1958.

The single-channel marketing system contributed to the stability of the industry, allowing ostrich farmers to invest, confident in the knowledge that the feathers, meat and skins would be marketed in an orderly manner. This arrangement greatly enhanced the value of ostrich products, producing subsequent high returns for farmers. As the industry grew to one of the most profitable agricultural enterprises in South Africa, more ostrich farms were established across the country.

GROWING DISSATISFACTION WITH THE SINGLE- CHANNEL system led to the final deregulation of the industry in 1993; thus, returning the industry to free market conditions.

Since deregulation, ostrich activity has widened from the Klein-Karoo region into other South African areas; however, the original area still maintains its prominent position even today.

Few countries, apart from South Africa, slaughtered ostriches commercially before 1993, but since the deregulation, many countries are trying to catch up to the South African farming standards. The ostrich is known to have the best feed-to-weight-gain ratio, making it an attractive animal to farm.

Another advantage of the ostrich is utilisation; it is consumed in its entirety as a farming unit; no other animal offers so many high-value products.

THE OSTRICH INDUSTRY REVOLVES AROUND the exotic products obtained from the Struthio camelus. In South Africa this has given rise to the common local name of the “Golden Camel Bird”.

South Africa leads this industry with a 70% global market share. South Africa’s dominant role is due to its ideal climate, the vast experience and expertise of all role players, as well as the superior quality and continuous investment in research. Until World War I ostriches were reared exclusively    for their feathers. Today ostrich leather is one of the most beautiful, supple and durable of all the exotic leathers. It enjoys high aesthetic value for fashion and luxury connoisseurs.

The same exceptional qualities apply to feathers which are unmatched in their size and beauty. Fashion loves South African ostrich feathers ‒ their ethereal magic often gracing designer catwalk creations. Carnival costumes are great showcases for this luxuriant plumage. The other applications, more humble but no less important, are the common household duster plus industrial dusters. The global trend towards a healthier lifestyle has grown the popularity of South African ostrich meat. Ostrich is a healthy red meat since it contains very little fat, has low cholesterol content and is high protein. It is also rich in biologically available iron and highly digestible.

South Africa has various European Union export-approved abattoirs and ostrich leather tanneries. The industry ensures it is currently able to meet the highest standards in terms of consumer protection, be it in food safety or leather specifications, all processes are precisely monitored.

Total employment in the production and processing sectors of the ostrich industry amounts to roughly 20 000 direct jobs, most of which are in rural areas where unemployment figures are high.

The picturesque town of Oudtshoorn, South Africa, is known as the ostrich capital of the world and boasts the only “Centre of Excellence for Ostrich Research” in the world. More than 150 breeding pairs are used for research purposes to constantly increase production efficiency, as well as the quality of leather, feathers and meat.